French toast is simple to make and is a delicious breakfast food item. The most common version consists of dipping a slice of bread into an egg mixture. Then, it’s pan fried until golden brown. Once it’s ready, you can serve it with syrup and an assortment of toppings.

But in its regular format, French toast has a low amount of protein. In fact, one slice only yields about 6-8 grams of protein which is essentially from the egg mixture. Even eating two slices only provides about 15 grams of protein on average. Although 15 grams is better than none, it doesn’t really make a dent in most people’s protein goals.

Luckily, there are many ways to increase the protein in the mixture of your French toast.

Making high protein French toast is not difficult. In essence, you just make the batter with eggs. Since eggs are an excellent source of protein, it’s a good way to add protein to French toast. Using whole grain bread also gives the toast a protein boost. You can also mix protein powder into the batter or serve it with nuts or nut butter.

Barring the syrup, French toast can be a healthy addition to a balanced diet. Of course, other ingredients that you add matter too. If you use whole grain bread, it increases the fiber content, thus making it healthy. Not only that, but it will also be a more filling meal.

In general, French toast is normally served with nutritious fruit. In some instances though, French toast can be high in sugar. However, making it at home, you can control the sugar content. In essence, you don’t need to add any sugar at all! Instead, add flavor with spices like vanilla nutmeg, vanilla extract, and cinnamon.

When made with eggs, whole grain bread, and pecan topping, French toast provides 18 grams of protein. Other ingredients increases the protein like egg whites, whole milk. So the trick is to trade out the basic ingredients for more nutritional ones.

Many people like experimenting in their kitchen with different recipes. if you’re feeling adventurous, check out our French toast recipe.

But sometimes, you just ‘want to eat it already’. In this case, you can >order French toast and other tasty breakfast items from our cafe. While you’re cuing up your movie, your food will be on its way to you. 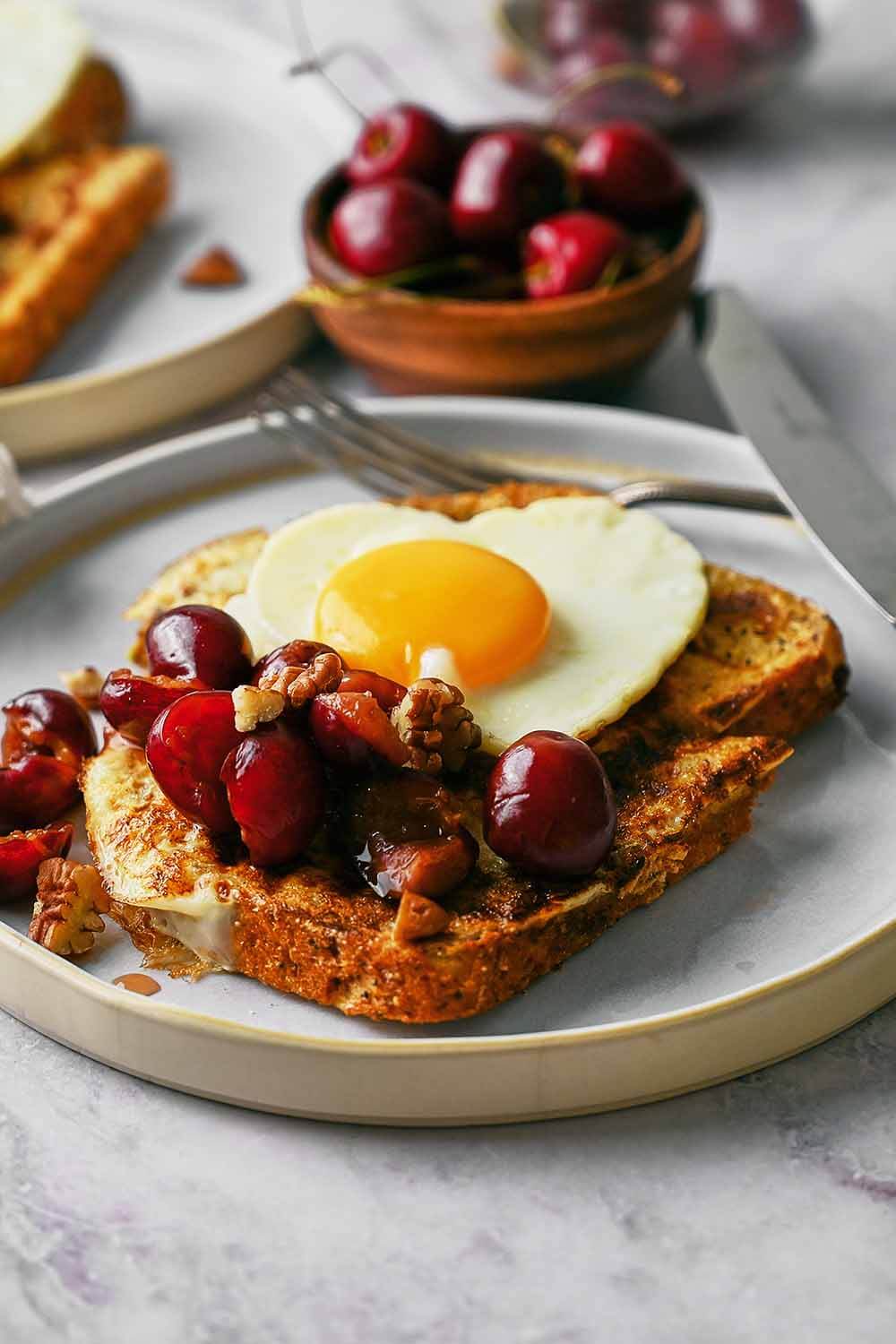